Researchers have released their study about rekindling of the Sage Grouse species population in Wyoming, USA. The parties involved in the Research are the Game and Fish Dept, Bureau of Land Management consultants and volunteers, Research and Analytical Support Unit.

Habitat is key to the sustainability of Sage Grouse and is underscored in times of drought. Sage Grouse is a sagebrush-dependent species and cannot survive without the plant. Sage grouse lek attendance remains steady according to data from the Wyoming Game and Fish Department lek counts this spring. In 2022, lek attendance was up slightly at 6% over last year. ‘Leks’ are the breeding grounds where male Sage Grouse perform a mating dance to attract females. 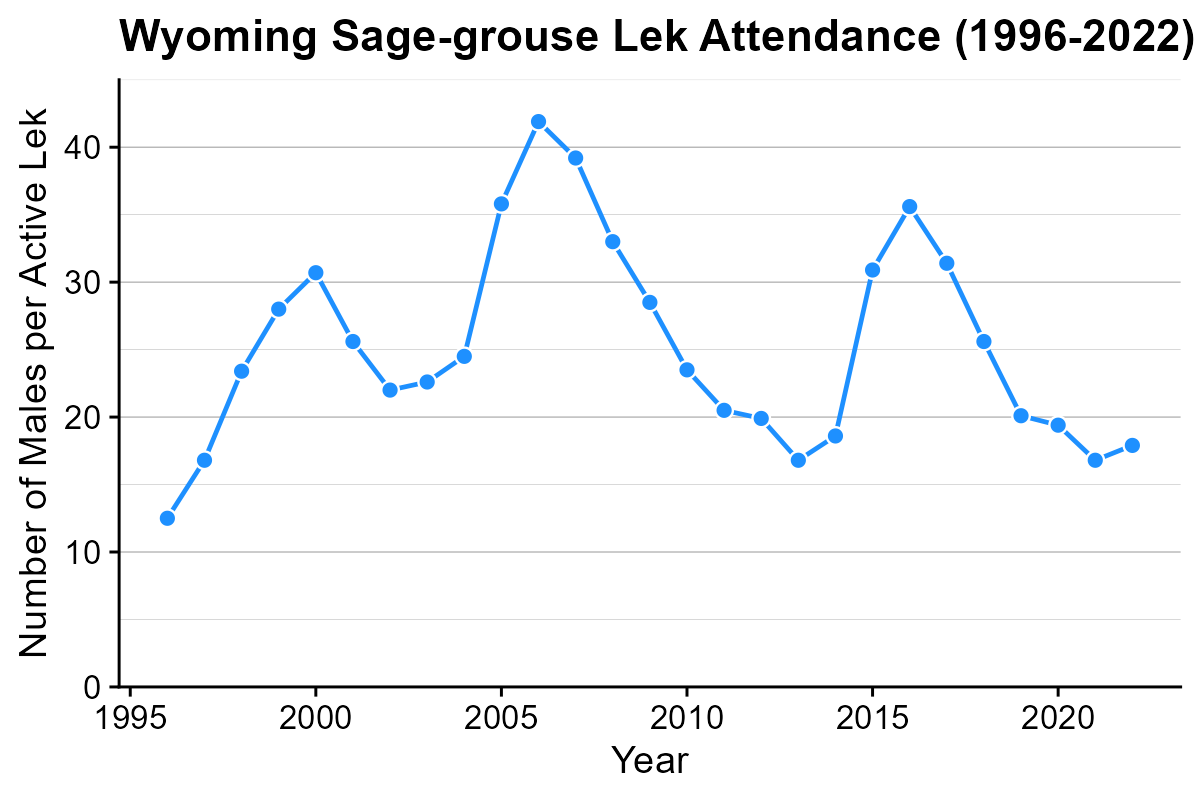 This spring, officials counted an average of 17.9 male sage grouse per active lek. Over 16,740 peak male sage grouse were observed on 87% of known, occupied leks. Birds have counted either aerially or on the ground through observations from a distance during their spring mating.” The moisture was a welcome boost for sage grouse — drought conditions affected over-summer chick survival last year, which in turn influenced the population,” said Nyssa Whitford. “This year, improved habitat conditions contributed to helping sage grouse populations stabilize.”

Game and Fish Dept. also monitors the percentage of known active and inactive leks throughout Wyoming. As recorded Active leks remain steady at 75.6%.

“Sage grouse populations rise and fall,” Whitford said. “Studies indicate Wyoming’s population cycles every six to eight years.” The cause of these well-established cycles is thought to be influenced by weather and climate, which in turn impacts the availability of food and cover in the Sagebrush ecosystem.

Game and Fish Dept. manages the bird statistics to recognize the natural rises and falls. Information from hunters is an important aspect of monitoring Sage grouse populations. “Hunter-submitted wings are one tool Game and Fish uses for Sage grouse population monitoring. This fall is again asking for hunters to give wings from harvested sage grouse,” said Whitford. Traditionally, sage grouse hunters were surveyed each spring as part of a larger survey to quantify the harvest of all upland game birds, migratory game birds, and small game. This year, Game and Fish will conduct a separate survey of sage grouse hunters.

Bhagyalaxmi is pursuing Political Science Honours from Calcutta University. She believes in hard work and keeps an open mind to learn new skills as a fresher.