1. The Great Barrier Reef which is the world’s biggest coral reef system situated off the coast of Australia’s Queensland is added to the world heritage site in ‘danger’. Due to increase in water temperature the coral growth has stunted and it affects their reproduction. Frequent bleaching has made many reefs sterile. IUCN and UNESCO say that management lacks clear climate change goals.

2. Delhi’s air pollution is not only caused due to stubble burning alone but there are many factors to be addressed. It has become a hazard and a health crisis. India reports 2.5m air pollution related deaths annually. CAQM was formed and gave the same orders as ministry and environment pollution (prevention and control) remained ineffective in bringing a remedy.

3. Bitcoin mining is the process of creating new bitcoins by solving extremely complicated math problems. The process seems profitable, but it causes a lot of harm to the environment due to the use of immense energy.  Data tells us, carbon emissions for mining a single bitcoin rose from 0.9 tons in 2016 to 113 tons in 2021

4. After the government approved the first new coalmine to be drilled in the UK in three decades, activists in Cumbria are preparing protests. As local resistance to the plan gains momentum, opponents of the mine are scheduled to assemble in Penrith on Friday and at the mine’s location near Whitehaven on Saturday.

5. The COP15 summit, which is currently underway, was delayed by two years due to Covid and recent pre-negotiations that lasted many days but made little headway on important topics. UN leader Antonio Guterres stated at the start of the negotiations that will create a 10-year plan to protect the world’s forests, oceans, and wildlife that “with our bottomless appetite for unchecked and unequal economic growth, humanity has become a weapon of mass extinction.”

6.By hiding their long-term investments in fossil fuels, an American congressional committee has charged oil companies with “disinformation” and “lying” about their efforts to combat climate change. According to the House Oversight Committee on Friday, the oil companies were participating in “greenwashing” rather than implementing their public commitments to decrease emissions. 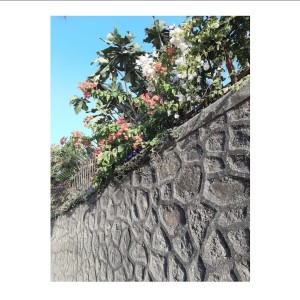 NASA has just unveiled its cutting-edge Lunar Lab and Regolith Testbed, located at the Ames Research

Lake Mead’s Tragic Transformation: The Drying Up of Beauty

Lake Mead, a once pristine body of water renowned for its beauty and human engineering, has

The US map that we are all familiar with is incorrect, at least inasmuch as it

Conservationists Thrilled With Rediscovery Of Delissea Argutidentata Plant In Hawaii

Delissea Argutidentata has been rediscovered in Hawaiian areas after going completely extinct. The Delissea plant, which

The number of Wind turbine malfunctions is on the rise globally, resulting in instances of blades

The Falcon E8 is the perfect combination of style, sustainability, and speed, giving boat lovers and

The Inflation Reduction Act has greatly impacted the future of coal as a source of energy.

In recent weeks, California has experienced a barrage of severe storms, highlighting the urgency to educate

As the winter weather takes a toll on the performance and range of many electric vehicles,

Seven States, One River: The Struggle to Save the Dwindling Colorado River

The negotiations to save the vanishing Colorado River between seven states have failed, with California standing

As right-to-repair laws gain momentum, consumers are gaining more power to fix the products they own.

According to NASA experts, a previously uncharted subterranean source contributes to the substantial amount of water

According to political science professor Thea Riofrancos of Providence College, the batteries used in electric vehicles

The largest number of Californians searching for a new home on Redfin, over 41,000 in the