According to the SAFAR, Mumbai’s overall Air Quality Index on 8th December morning was at 315, which is considered to be “very poor,” which was higher than Delhi’s AQI at 263 which is in the “poor” category (SAFAR). Safar urged individuals to take precautions like wearing masks while outside, especially those who have respiratory ailments, as the AQI in Mumbai exceeded that in Delhi. Moreover, the air quality is degrading as the temperatures drop with exceeding winter.

Mumbai’s air quality made headlines last month when its overall Air Quality Index (AQI) plunged to 262 on November 15th, placing it in a very poor category and far worse than even New Delhi, the “world’s most polluted city,” which recorded an AQI of 208. The health effects in Mumbai could be harsher at the same AQI level because Mumbai has a higher concentration of PM 2.5 (fine particulate matter) than Delhi.

Mumbai’s AQI has stayed at moderate to bad levels for weeks after reaching 304 (severe category) the day after Diwali. Mumbai’s pollution levels tend to increase in the winter since the season’s lower temperatures and wind speeds hinder the pollutants from dispersion.

According to SAFAR, haze is being caused by stationary winds, the temperature drop, suspended pollutants interacting with atmospheric moisture, and stagnant winds. They anticipated that the city’s air quality would worsen due to the gradual decrease in temperature.

“The present condition is due to the drop in temperature accompanied by north-easterly winds blowing in less than 10 km/h speed, which favors less dispersion (of pollutants) and hence high AQI,” Dr. Gufran Beig, a senior scientist and the first project director for SAFAR.

Dr. Gufran Beig claimed that some regions consistently register higher AQI levels throughout the day. “The AQI in areas like Malad and Mazagaon is between poor and very poor. This is because Malad remains cooler compared to other areas in Mumbai during winter and is also away from the sea breeze, so normally it has a high AQI during winter. The same equation applies to other pockets of the city, which record high AQI,” he added further.

According to Mahesh Palawat, a Skymet Weather Services Private Limited meteorologist and climate expert, two elements primarily impact a region’s AQI: air speed and daily temperature.  “The decline in temperature has led to the development of mist and haze. These types of conditions enhance the pollution level and since the airspeed is also very low, the pollutants don’t disperse easily from the lower atmosphere,” Mahesh Palawat.

PM2.5 components, which are air particulate matter with a diameter of fewer than 2.5 micrometers, are the principal pollutants that contribute to high AQI. PM2.5 components include burn remnants, dust particles, and components emitted by vehicles. Doctors and health experts have recommended citizens, mostly from vulnerable groups, wear masks before leaving their houses. Experts have also recommended installing air purifiers as a precautionary measure in areas with low AQI.

“The high AQI mainly impacts children and senior citizens with co-morbidities and may affect their lungs directly. Therefore, it is advisable to use masks while stepping out and avoid going out at peak traffic hours, since vehicular emission is maximum during this time. Post-Diwali, the AQI in Mumbai has shown a significant drop, which has also led to an increase in patients coming for treatment for lung diseases,” stated Dr. Ashutosh Shah, a city-based pulmonologist.

“Survival of the Richest: The India Story” – An Oxfam Report on Inequality in India

The Dark Side of Dark Chocolate: Harmful Heavy Metals 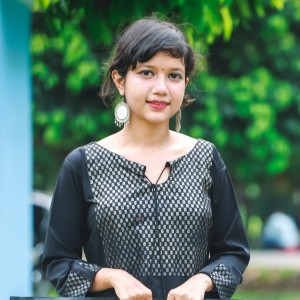 A mining company has allegedly misplaced a radioactive

NASA has just unveiled its cutting-edge Lunar Lab and Regolith Testbed, located at the Ames Research

Lake Mead’s Tragic Transformation: The Drying Up of Beauty

Lake Mead, a once pristine body of water renowned for its beauty and human engineering, has

The US map that we are all familiar with is incorrect, at least inasmuch as it

Conservationists Thrilled With Rediscovery Of Delissea Argutidentata Plant In Hawaii

Delissea Argutidentata has been rediscovered in Hawaiian areas after going completely extinct. The Delissea plant, which

The number of Wind turbine malfunctions is on the rise globally, resulting in instances of blades

The Falcon E8 is the perfect combination of style, sustainability, and speed, giving boat lovers and

The Inflation Reduction Act has greatly impacted the future of coal as a source of energy.

In recent weeks, California has experienced a barrage of severe storms, highlighting the urgency to educate

As the winter weather takes a toll on the performance and range of many electric vehicles,

Seven States, One River: The Struggle to Save the Dwindling Colorado River

The negotiations to save the vanishing Colorado River between seven states have failed, with California standing

As right-to-repair laws gain momentum, consumers are gaining more power to fix the products they own.

According to NASA experts, a previously uncharted subterranean source contributes to the substantial amount of water

According to political science professor Thea Riofrancos of Providence College, the batteries used in electric vehicles

The largest number of Californians searching for a new home on Redfin, over 41,000 in the